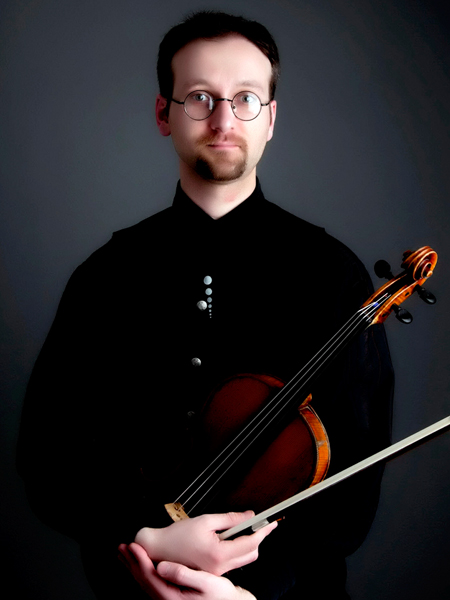 In a single year, Bulgarian-born violist Vesselin Todorov won top prizes in the three most prestigious Bulgarian national competitions Svetoslav Obretenov, Young Music Talents and Dobring Petkov, both as violinist and violist. In the United States, he has performed at all three concert halls – Weill, Zankel and Isaac Stern – in the Carnegie complex, and has collaborated with artists Peter Frankl, Ani Kavafian, David Shifrin, Eric Halen, Robert Mealy and the Arianna String Quartet. In addition, he has toured Austria, Belgium and France, and has performed at Aspen and Round Top Music Festivals.

Vesselin Todorov served as principal violist of the Baton Rouge and Greater Bridgeport Symphonies and held the Christopher and Evelyn Getman Chair at the New Haven Symphony. Sought after as a violinist, he has been an associate concertmaster of the Baton Rouge Symphony and a violin section member of a number of professional orchestras in the United States. Currently he is a member of the Harrington String Quartet and is on the faculty of West Texas A&M University School of Music.

Mr. Todorov holds a Master of Music degree and an Artist Diploma from the Yale School of Music. Among his most influential mentors are violinists Kevork Mardirossian, Ifrah Neaman and Syoko Aki, violists Jesse Levine and Ettore Causa, and the members of the Tokyo String Quartet.