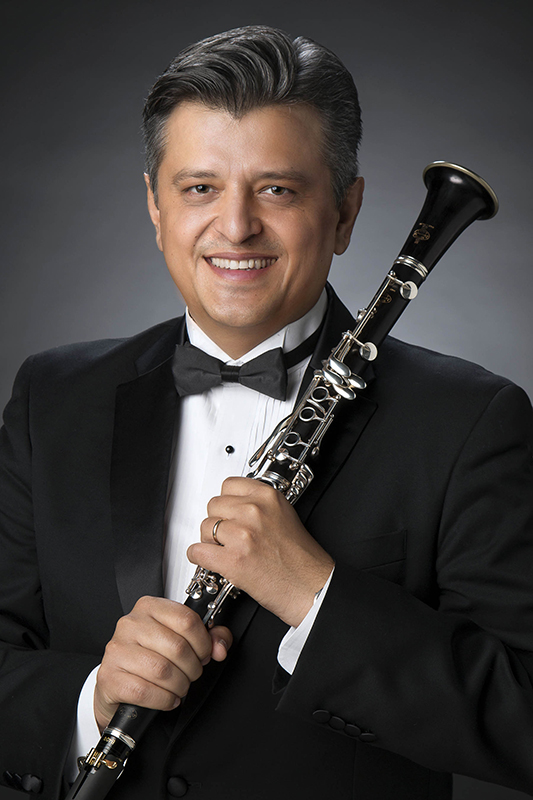 Dr. Vanguel Tangarov is an Associate Professor of Clarinet at Texas State University and a founder and Artistic Director of the annual international event Texas State Clarinet Fiesta in the United States. He performs as Principal Clarinetist for the Austin Opera, Mid-Texas Symphony, and Victoria Symphony orchestras of Texas.

Born in Plovdiv, Tangarov studied clarinet with Dimitar Boyanov at the Dobrin Petkov National Music School for gifted students in his native city. He continued his education at the Prof. Pancho Vladigerov National Academy of Music in Sofia, where he received Bachelor and Master of Music degrees in clarinet performance under the direction of the renowned pedagogue and concert artist Petko Radev, former Principal Clarinetist of the Teatro alla Scala in Milan.

Tangarov received his Doctor of Musical Arts degree from The University of Texas at Austin under the direction of Richard MacDowell. He has also received instruction from musicians such as Aurelian Octav Popa of Romania and Gerald Pahinger, Principal Clarinetist of the Vienna Symphony Orchestra.