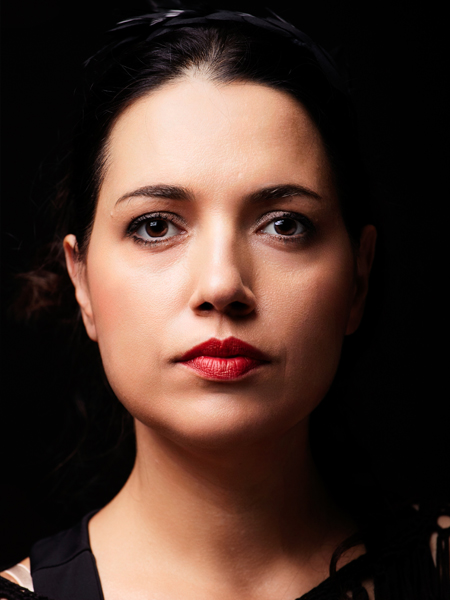 Tania Ougrinova begin her artistic activity as a child on the stage of the National theatre “Ivan Vazov” in Sofia.

She gratuated the National Academy for theatre and film arts in 1995 and after worked as an actress in the State Theatre of Vratza, Theatre 199 in Sofia and The Little City Theatre behind the channel in Sofia.

In the same time she took part at the Sofia Chamber Choir “Vassil Arnaoudov”.

In 2000 Tania Ougrinova mooved to Paris and graduated the baroque singing class of Charles Munsch conservatory in 2004. She continued her specialization with a scolarship of Foundation “Zaleski” at the Private music school “Alfred Corto”. In 2009 she became a Master in the Sorbonne (interpretation of chamber forms and songs).