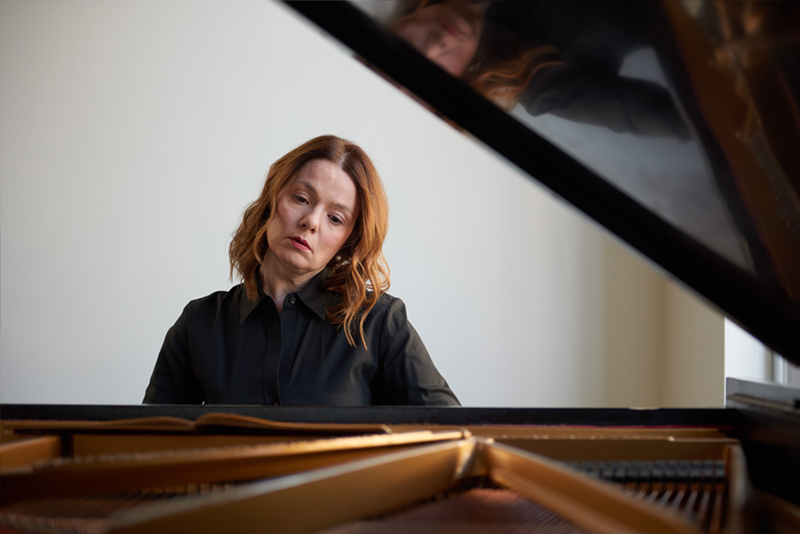 Born in Sofia, Lora Tchekoratova began playing the piano at the age of four, and soon became a student of the legendary pedagogue Lydia Kuteva. She gave her first solo recital at the age of nine at the Lyubomir Pipkov National Music School, where she received her basic music education. In Bulgaria, she also studied with Vessela Marinova and Prof. Jenny Zaharieva.

In 1992, on the advice of Prof. Zaharieva, Lora continued her education at The Juilliard School in New York. She received her Bachelor's, Master's and Doctor of Musical Arts degrees as a student of Seymour Lipkin, becoming the first Bulgarian to receive a doctorate from Juilliard. Her dissertation is dedicated to the piano works of Dimitar Nenov. While a student, she won a number of scholarships and awards, including First Prize at the Washington International Piano Competition. Her solo debut at the Kennedy Center in Washington DC has been followed by recitals, chamber concerts and festival appearances on some of the most prestigious stages in the United States and Europe.

Lora Tchekoratova is a renowned performer of virtuoso piano music from the 19th and 20th centuries. Her extensive repertoire includes numerous chamber music works as well as compositions by the great composers of Eastern Europe. Lora has recorded numerous times for radio and television in the United States, Finland, Sweden, and Bulgaria. In 2005, together with other notable Bulgarian musicians and the American Foundation for Bulgaria, she co-created the Bulgarian Concert Evenings in New York concert series at the Consulate General of Bulgaria in New York, whose organization she has led for seventeen seasons. Lora teaches at Mannes Prep at the New School in New York and is the Artistic Director of the Salon de Virtuosi. She is the Chair of the Off the Beaten Path Foundation since 2018.