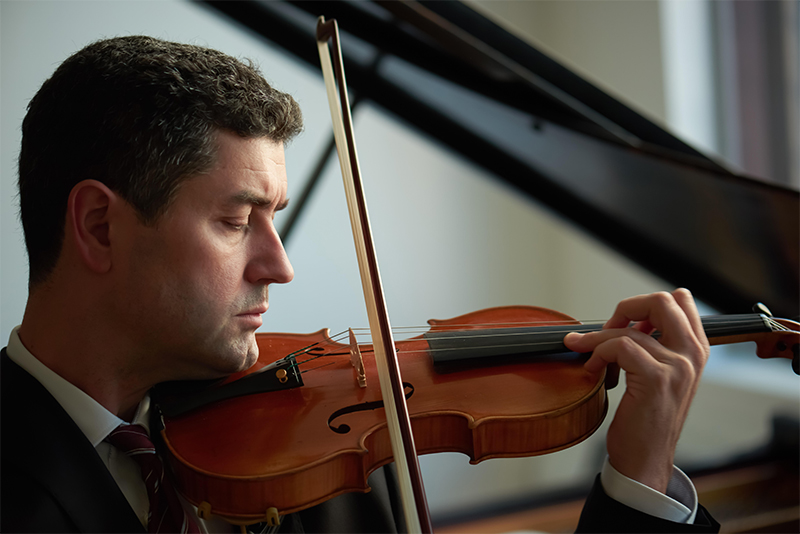 Georgy Valtchev has performed on some of the world’s most prestigious stages as a soloist with orchestras, in recitals and as a chamber musician. In the United States, he has appeared at Lincoln Center's Alice Tully Hall, Carnegie Hall, and the 92nd Street Y in New York, the Kennedy Center in Washington DC, and the Chicago Cultural Center. In Europe, he has performed at Wigmore Hall and the Barbican Centre in London, the Royal Theatre Carré in Amsterdam, and the Bulgaria Hall in Sofia. He has toured Asia, Australia and Israel, with performances at the Suntory Hall in Tokyo, the Beijing Cultural Arts Center, the Guangzhou Opera House, the Sydney Opera House, the Taipei Cultural Center, and the Tel Aviv Opera House, among others. A dedicated chamber musician, Mr. Valtchev enjoys frequent performances with distinguished international artists and ensembles in the United States and Europe, and has appeared in numerous festivals on both continents.

Mr. Valtchev has been honored to lead, as guest concertmaster, several major symphony orchestras, most notably the London Philharmonic and the Orchestra of the Royal Opera of Madrid.

He is a founder and artistic director of the Off the Beaten Path Chamber Music Festival in Kovachevitsa, and a founding member of the Bulgarian Concert Evenings in New York chamber music series.

Born in Plovdiv, Georgy began his violin studies at the age of six with Boyanka Shopova. In Bulgaria, he also studied with Micho Dimitrov, Vladimir Vladigerov and Dora Ivanova. He received his basic music education at the state music schools in Plovdiv and Sofia. At sixteen, he won the Grand Prize of the Jaroslav Kocián International Competition for Young Violinists in then Czechoslovakia. After a short study at the Prof. Pancho Vladigerov National Music Academy in Sofia, Georgy was accepted as a student of Professor Dorothy DeLay and Masao Kawasaki at The Juilliard School in New York, where he completed his Bachelor and Master of Music degrees. He has been honored with a number of awards, including the First Prize of the Ducrest International Competition (USA), and the Special Prize of the Tibor Varga International Violin Competition (Switzerland).