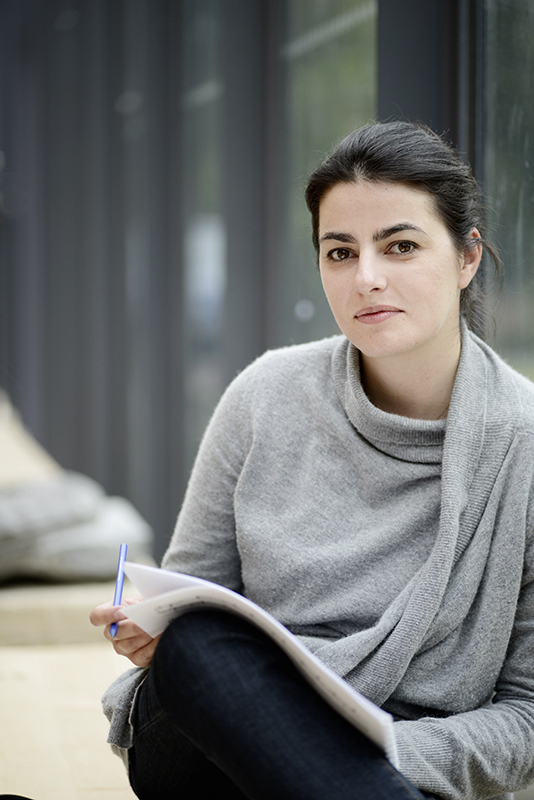 Born in Plovdiv, Dobrinka Tabakova has lived in London since 1991, graduating from the Guildhall School of Music, and obtaining a PhD from King’s College London. Her ‘exciting, deeply moving’ music (Washington Times) has been featured in festivals across Europe, including the BBC Proms (UK), Schleswig-Holstein (Germany), Homecoming (Russia), World Sun Songs (Latvia) and Dark Music Days (Iceland). Tabakova has been resident composer at the Davos Summer Festival in Switzerland and the Cathedral of the Blessed Virgin Mary in Truro, Cornwall (UK), as well as with the MDR Leipzig Radio Symphony Orchestra and the Orchestra of the Swan (Stratford, UK). She has received commissions from the Royal Philharmonic Society in the United Kingdom, BBC Radio 3, and the European Broadcasting Union.

Tabakova’s debut album String Paths, released by the German label ECM Records, was nominated in the Best Classical Compendium category at the 2014 Grammy Awards. In 2017, she was appointed composer-in-residence with the BBC Concert Orchestra (BBCCO). She is a recipient of the prize for an anthem for Queen Elizabeth II’s Golden Jubilee and First Prize and Medallion at the Sorel Choral Composition Contest in New York. Other significant projects include Immortal Shakespeare, a cantata commemorating Shakespeare's 400th death anniversary in 2016, and the multi-commissioned double piano concerto Together Remember to Dance / Centuries of Meditations for the Three Choirs Festival in Britain, which the PRS Foundation named one of the UK’s best contemporary compositions for the past 25 years. Tabakova’s second album, devoted to choral music and performed by the Truro Cathedral Choir with the BBCCO, was released by Regent Records, receiving a 2019 Critics’ Choice mention by Gramophone Magazine. In 2021, Dobrinka Tabakova completed her orchestral Earth Suite for the BBC Concert Orchestra and the violin concerto The Patience of Trees for the Manchester International Festival.

Forthcoming in 2023 are a new album with ECM Records, premiere performances of works for the St. Louis Chamber Choir and The Sixteen, a new string quartet for the ARD competition in Munich, and a recording with the Orchestra of St. Luke's in New York.